The UNESCO brand as a form of regional promotion 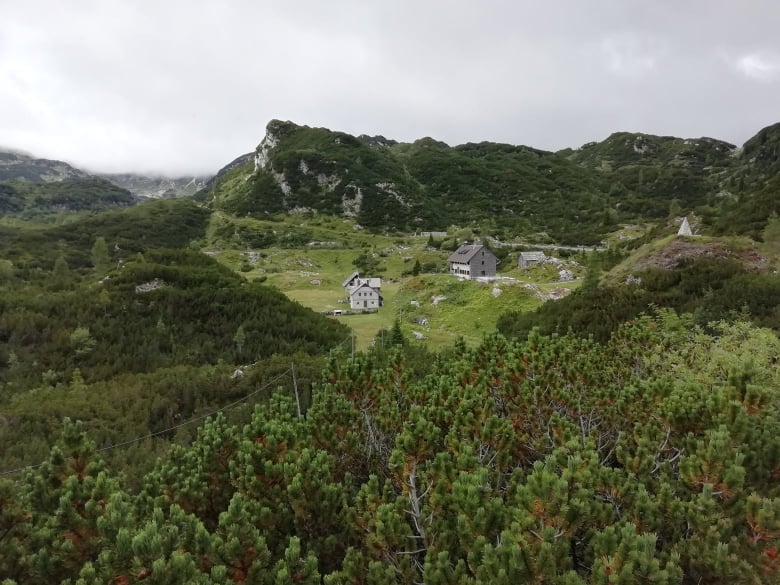 The inscription of an area on the UNESCO List of natural World Heritage is a great commendation, but it also comes with greatly increased recognisability and an increased visitor pressure. The latter represents one of the main challenges in many UNESCO sites, one just have to think of Plitvice National Park, Cinque Terre, or Dubrovnik. These challenges become all the greater in strictly protected natural sites, such as Ancient and Primeval Beech Forests of the Carpathians and Other Regions of Europe, where even a relatively small increase in visitor pressure can result in significant harm to the Outstanding Universal Value of the individual component forests and their ecosystems.

Both Slovenian forest reserves that were inscribed on the UNESCO List in 2017 already experience the first increases in visitor numbers with mounting pressure from different local and regional stakeholders to utilise the newly acquired UNESCO brand even more to aid in development of the regions, which are otherwise relatively underdeveloped. While such needs of the local and regional communities are perfectly understandable, the fact remains that both forest reserves were in condition worthy of being recognised on a global level, because they were kept of the radar of most people for at least centuries.

One of the arguments for the use of these areas is often that the UNESCO brand is meant to be used and promoted, what purpose does it serve otherwise? Furthermore, the brand would be used to aid the sustainable development of the regions and provide the option to develop different Pro-Biodiversity Businesses, a concept developed and explored also within ECO KARST project that Slovenia Forest Service led in the past few years. This builds on the idea that it is possible to use natural resources or ecosystem services in a way that does not harm the nature that is providing these services and thus protects the nature by using it. The problem with this concept is that is works better in cultural landscapes, where some anthropogenic uses are necessary for maintaining of biodiversity, while the strictly protected nature areas are established to protect the natural processes with minimum interference of people, which by extension prohibits most human uses. Thus we arrive at an interesting conundrum.

Example of the Slovenian Alps

During the summer holidays, apart from walking the Roška trail, I also went hiking through the Julian Alps and through and around Triglav National Park in Slovenia. Hiking, I find, is a great way to really immerse yourself in the surrounding nature, with relatively minimum impact on the environment, while providing plenty of time to ponder different issues and challenges. Triglav National Park provided great environment to think just about the issue outlined above. This is objectively speaking one of the most beautiful natural areas in Slovenia, which also enjoys some of the best protection of any protected area in Slovenia. Yet despite of being an area appreciated for its nature, the almost entire area of the park has long been co-shaped by people. The shepherding stories are tied back into the mythology of the area and legends of different valleys that all weave the same tapestry, such as the Legend of the Goldhorn. The Alpine meadows were created by shepherds and vast parts of the now Park area were impacted by the horrors of the Soča Front in the World War I. Thus, this is a park where Pro-Biodiversity Businesses should be easiest to implement and sustainable development and tourism could flourish. And flourish they do…

The Julian Alps and its surrounding valley (Soča, Nadiža, Bohinj, Gornjesavska Valley, etc.) represent the premier Slovenian tourist destination. Even this year, with all of the COVID-19 restrictions in place and limited international travelling, the area was full of both domestic and foreign visitors. The mountain huts were often fully booked, the camping in the Soča Valley without a prior reservation practically impossible and good luck finding a spot in a restaurant in the touristy towns and cities over weekend. The Soča Valley, in particular, is the centre of nature and adventure tourism in Slovenia, where vast majority of all money-making activities are entirely dependent on preserved, functioning, and above all else, beautiful natural environments. Therefore, there should be some of the best examples of Pro-Biodiversity Businesses on display there. And to be fair there are some great examples on offer, from large prevalence of local and organic foods available and marketed in the area to touristy activities such as ziplining over gorges that could otherwise be swarming with visitors, while now they are shrieking with delight zipping over them, while only touching down on a handful of spots along the way. So what is the issue with all this?

People, or rather the incredible numbers of them are what worries me. The actual environmental impact of a raft going down the river, of a hiker, or a zipliner is not great. But when you have a continuous stream of them, from mid-morning until evening? Loudly enjoying themselves, using huge quantities of resources and filling up the roads? Is the impact on the surrounding nature still so minimal? I would argue that even Pro-Biodiversity Businesses and a careful green and sustainable destination planning and development are not enough, when the visitor numbers climb that high that the area with all its capacities is entirely saturated. Ultimately, this is what we dearly want to avoid happening to our UNESCO protected beech forests, or we will not be successful in preserving them for all current and future generations of humanity, as we are obliged to do with areas recognised as World Heritage.

This is also a lesson that the only other natural World Heritage site in Slovenia learned already. The Škocjan Caves is one of the main tourist destinations in Slovenia. Yet you would be hard pressed to find any obvious promotion of the area anywhere across Slovenia. The visitor numbers are carefully regulated and the routes through the cave systems adapt to the seasons and species present in order to minimise human impacts on the sensitive cave system. Škocjan Caves are often used as a best case example to demonstrate how a UNESCO brand can be successfully and sustainably used and generate considerable economic revenue at the same time. Could a similar system work also in outstanding beech forests?

Unfortunately, it doesn’t seem so currently. The cave systems have limited and easily surveilled entry points, whereas both forest reserves are part of much larger forest complexes. Fencing them off would do irrepairable damage to the functioning of the ecosystems and free movement of animals throughout the forests. The other point is that the Škocjan Caves can only be visited on a guided tour, while both forest reserves are accessible to anyone. Thus even if one would opt for a guided tour, there is nothing stopping them for coming again and bringing friends and family to explore the area on their own as well. The control over where such explorations take place is tenous at best, thus we might be opening the floodgates in the interest of economic development only to become inundated and unable to stem the tide later on. Therefore, I would argue that we are better off taking the slower, more thoughtful approach now, lest we rue it later on.

I want to be clear that I am not against any form of businesses or people enjoying the outstanding value of World Heritage beech forests in Slovenia. Nor against using the UNESCO brand to promote the regions in which the forest reserves are situated or the management practices that allowed the preservation of the forest reserves. Of course, the local and regional communities have to reap the benefits as well, after all the forests are theirs too, and their involvement in any decisions on the ways forward is crucial. But let’s try to be smart and find ways in which we can definitely ensure long-term protection of these forests for all generations to come and then find ways in which we can use them without endangering them in the rush to profit of the UNESCO status.

No Comments
Do you care about the Nature and Beech Forest like we do? Get involved!
Become A Volunteer

Monday - Friday: 9:00 am - 16:00
(c)t 2020 BEECHPOWER, All Right Reserved
European Wilderness Society https://wilderness-society.org
Manage Cookie Consent
Our website uses cookies to optimise your experience and our service to you. You can revoke the consent to the cookies at any time.
Manage options Manage services Manage vendors Read more about these purposes
View preferences
{title} {title} {title}